“EVERY GEM, EVEN FROM THE SAME TYPE, SIZE AND CUTTING TECHNIQUE USED MAKES A DIFFERENT SOUND. THIS IS PART OF WHAT LED TO THE CREATION OF THE CHANTING OF THE STARS.”

This little-known phenomenon was formally ‘discovered’ by the Australian physicist Colin Keay from the University of Newcastle although descriptions of people hearing the stars ‘chanting’ appears in some of the earliest written texts from the Sumerians and Chinese as far back as 3,000 – 3,500 BC.

It is a sound that is familiar to the ear of a gem-cutter, for every gem makes its own unique sound, even if the rough stone is of the same type and even if the cutting technique is exactly the same. It is this similarity between cutting the rough stone into a gem, and the chanting of the comet shower, which inspired Alexander to create his masterpiece and name it in honor of the comet’s sound: The Chanting of the Stars.

This inspiration can be seen clearly in the finished piece. The rare arrangement of the golden rutilated quartz strongly evokes the image of a comet, its soft lines symbolizing the swinging of the light and the radio waves that make the sounds.

But the motivation to create this piece didn’t come solely from the comet’s chanting itself. In this sculpture, the comet meets planet earth, represented by the smokey quartz, and it is this connection of suspense and energy that is symbolized by the holly-shaped diamond band between the two. And, there is one more surprise left with this incredible gem – if you take the gem with its diamond band out of the smokey quartz and turn it upside down, it reveals a unique piece of jewellery that can be worn as a pendant and fascinating piece of art all at once. 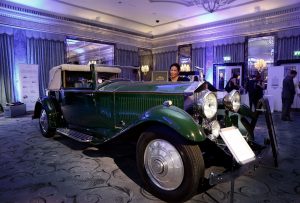 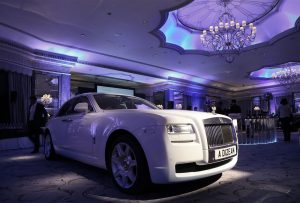 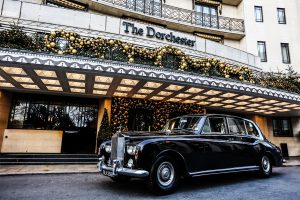 An iconic setting for an iconic piece of art.  Unveiled at The Dorchester, London, we were invited by the Rolls Royce EC to celebrate the 90th anniversary of the Rolls Royce
Phantom. The appreciation for meticulous work and an uncompromising commitment to the quality of craftsmanship is what brought us together.

For more than one year our master-cutter, Alexander Kreis, applied his knowledge and expertise to the creation of this sculpture. Having invented new tools and techniques to apply a single cut, this sculpture is a vivid reminder to challenge set ways in order to create an unprecedented feat.